The sentence is death

A modern Sherlock Homes mystery with the author himself in the role of Dr Watson.

The Sentence is Death 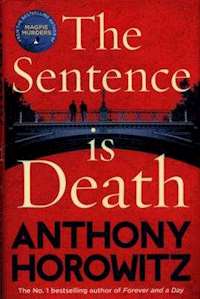 Anthony Horowitz, a beststelling author and tv serie writer (Midsomer murders, Foyle's war) is working on filming an episode of Foyle's war when a former detective inspector, now private investigator Daniel Hawthorne, shows up asking him to tag along and turn his investigation of a murder the police can't solve into a book based on real crime. The murdered person is a divorce barrister, Richard Price, and he has been bludgeoned to death with a wine bottle worth 2000 pounds. On the wall, in green paint, is the number 182 written. At the heart of the mystery is people keeping secrets, secrets that turn deadly.

This is a somewhat different crime novel as it's written as if it happened for real. We get to follow Anthony's real life and experiences as a writer and when he is working for television (which is very interesting) and how this murder investigation affects his life. And in spite of getting a lot of clues I did not solve the case.... Read it!