"I have no idea why everyone thinks nature is so benign and glorious and wonderful. All nature is trying to do is kill us as efficiently as possible."

"Great Aunt Oleander is dead. To each of her nearest and dearest she has left a seed pod. The seed pods might be deadly, but then again they might also contain the secret of enlightenment. Not that anyone has much time for enlightenment. Fleur, left behind at the crumbling Namaste House, must step into Oleander's role as guru to lost and lonely celebrities. Bryony wants to lose the weight she put on after her botanist parents disappeared, but can't stop drinking. And Charlie struggles to make sense of his life after losing the one woman he could truly love. A complex and fiercely contemporary tale of inheritance, enlightenment, life, death, desire and family trees, The Seed Collectors is the most important novel yet from one of the world's most daring and brilliant writers. As Henry James said of George Eliot's Middlemarch, The Seed Collectors is a 'treasurehouse of detail' revealing all that it means to be connected, to be part of a society, to be part of the universe and to be human." 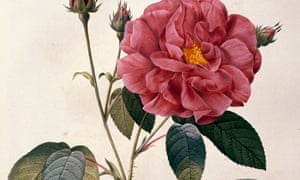 "The fantastical-botanical saga of the sprawling, tangled Gardener clan takes in all these things, but while you can feel at home in Thomas’s world, you’re never strictly comfortable: the furnishings may be familiar, but the chairs have all been moved around and the biscuits are probably spiked.

We start with a family tree, full of names like Plum and Ash. Almost all the Gardeners are named after plants, in keeping with the previous generation’s vocation as “famous botanists. Or famous-ish. Or famous-ish mainly for disappearing while on the trail of a miracle plant that probably never existed, or possibly killed them all.”