A really warmhearted story about two lonely people and their children set on the banks of Loch Ness in Scotland. 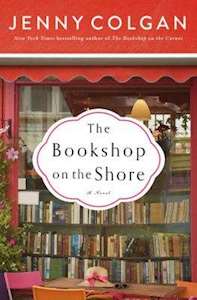 Single mum Zoe is just holding it together in London and when the rent goes up on her small damp studio apartment she starts to feel desparate. She turns to her four-year-old son Hari's dad who turns to his sister for help. Zoe ends up in a grand but run down baronial house on the banks of Loch Ness, working two jobs. One is as an au pair for the three children at the house and one is running a mobile bookshop during a pregnancy leave. The children are without a mother and are very very bad behaved, chasing one au pair after the other away. Their father is seldom around. Nobody buys any books, they're waiting for the return of the owner. But there are positive things too. Her son, who suffers from selective mutism, befriends the youngest boy in the house, and the environment is beautiful and both of them feels so much better after a while. But what happened to the children's mother? Is there a way to the children's hearts? And their father's?

A lovely story about two lonely people with very different backgrounds and four children between them. And the Loch Ness monster...