The girl in the ice

A beautiful girl's dead body is found frozen in the ice of a lake in a South London park.

The girl in the ice 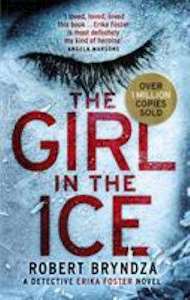 Detective chief inspector Erika Foster is called in from Manchester to lead the investigation. The victim is the daughter of a very influential top labour peer so it's a very sensitive high media case. Erika has a problem with submitting to the influential family's whishes and she is eventually removed from the case. But when she learns that the girl is the fifth victim not the first, the other girls were poor Eastern European prostitutes that nobody cared about, she continues her investigation privately.

Erika Foster i a police with a heart for those who can´t speak for themselves. She doesn't care for politics and advancing her career. She risks her own life. She's a true heroine and this book is a real page-turner you don't want to miss.